The linguistically based Congree language exam offers many advantages. Some examples:

Integration of Congree in the SMC

The Congree language exam is available for the SMC. In addition to spelling, terminology and grammar, it also checks the style, e.g. compliance with maximum sentence lengths. Congree can electronically map an editorial guide or check the style against predefined rule sets based on e.g. the tekom guideline or the Simplified Technical English. Additional company-specific rules can be added individually. The language test ensures and improves the text quality, texts are easier to understand and the editors are supported in the implementation of the corporate language.

The Congree test functions are seamlessly integrated into the SMC. Here are some examples (Click to enlarge the screenshots):

With Congree, a document can be checked while it is being edited in the SMC. The test results are displayed in a general overview. 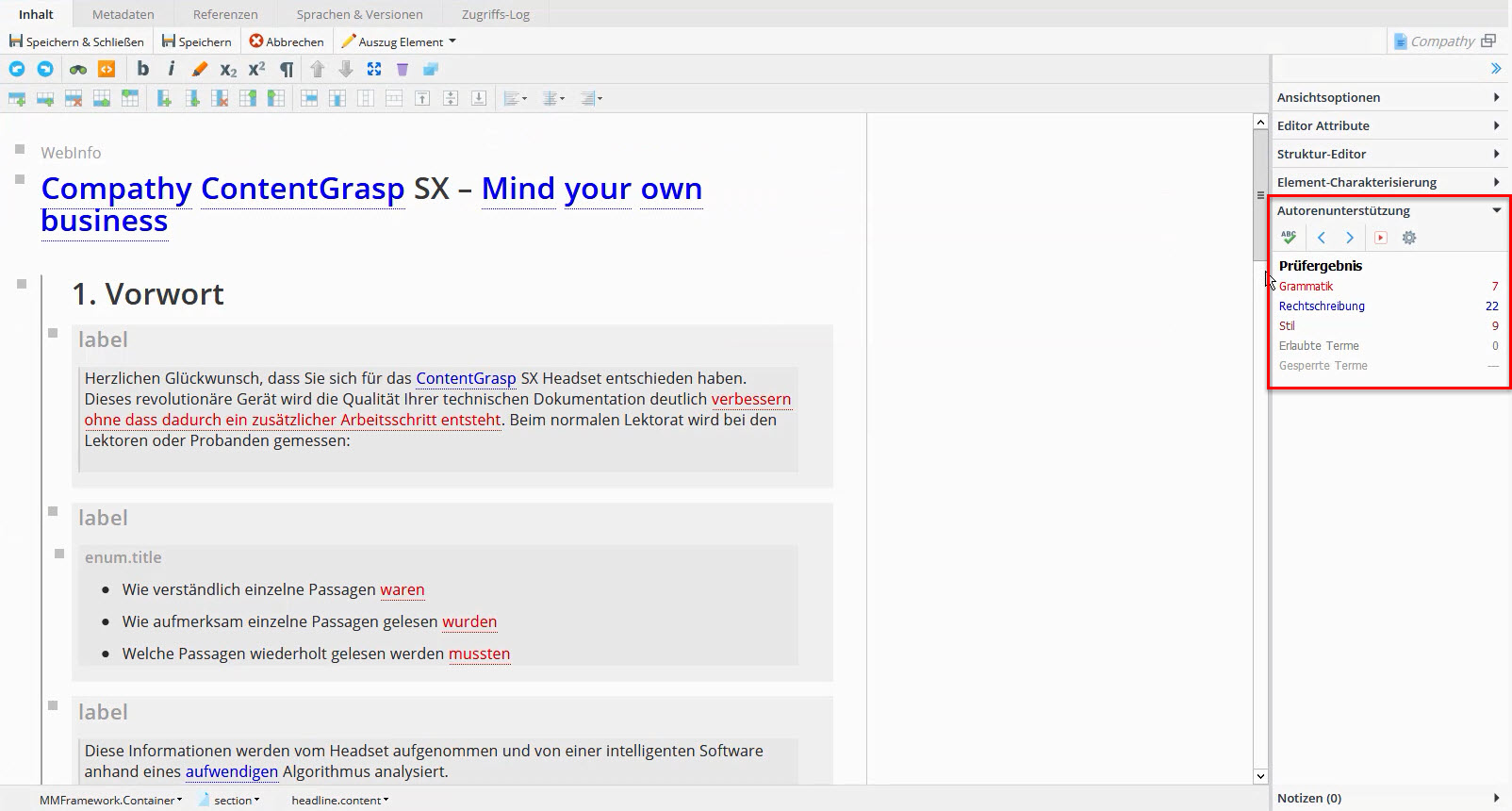 Clicking on the color highlighted potential defects displays a corresponding message in the language verification window: The message contains tips for correction or a correction suggestion, which can be inserted into the text with just one click. 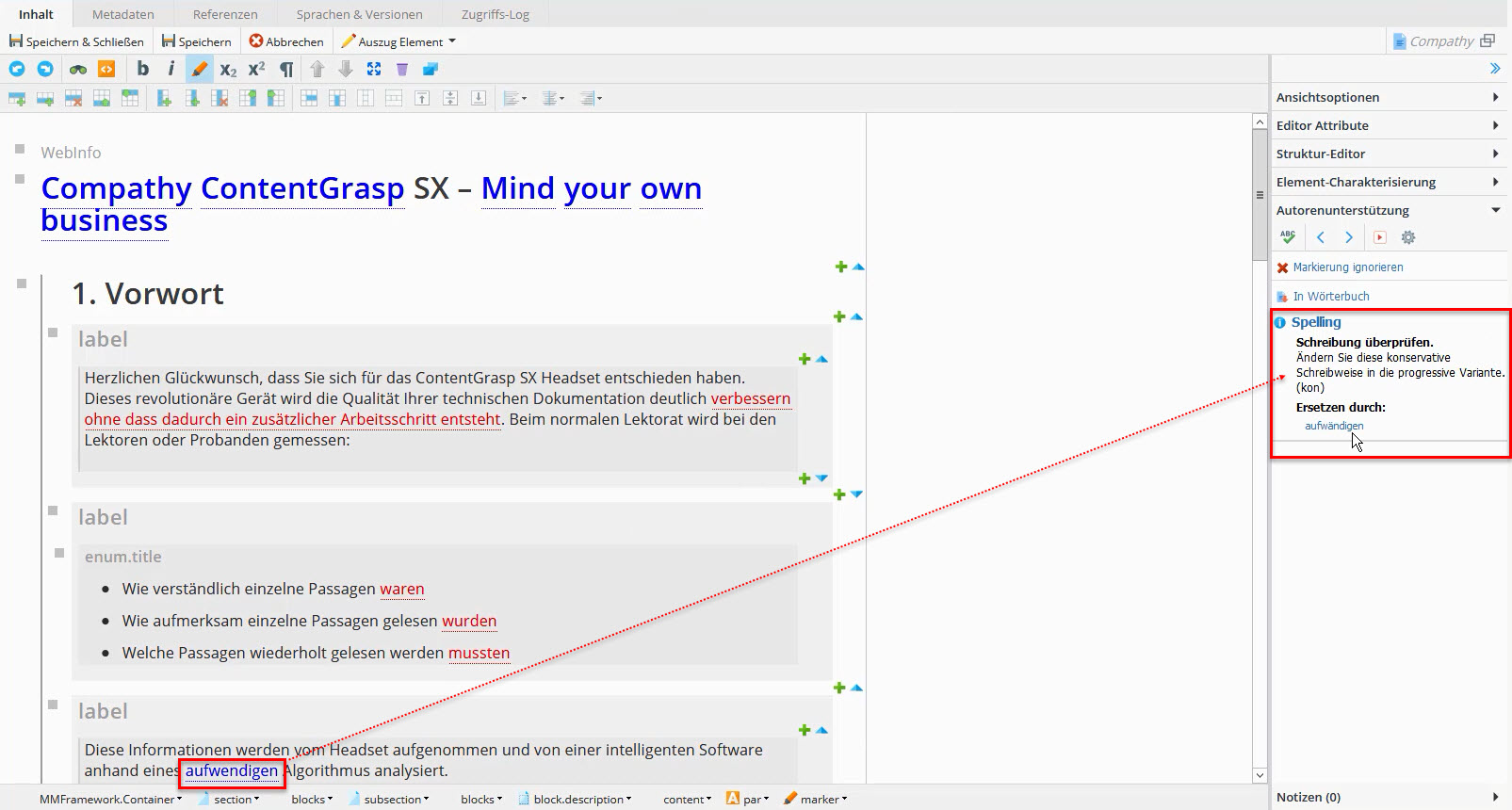 The Congree Authoring Server can also check the document after editing in the course of publication:

The resulting messages are displayed directly in the output document: 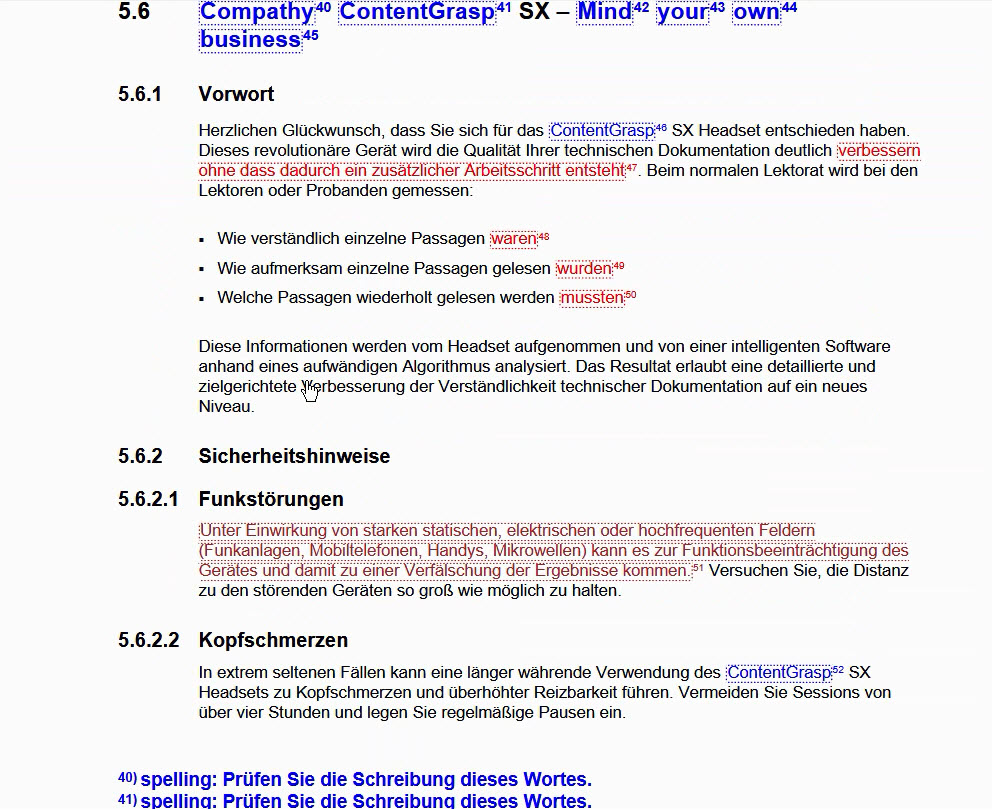